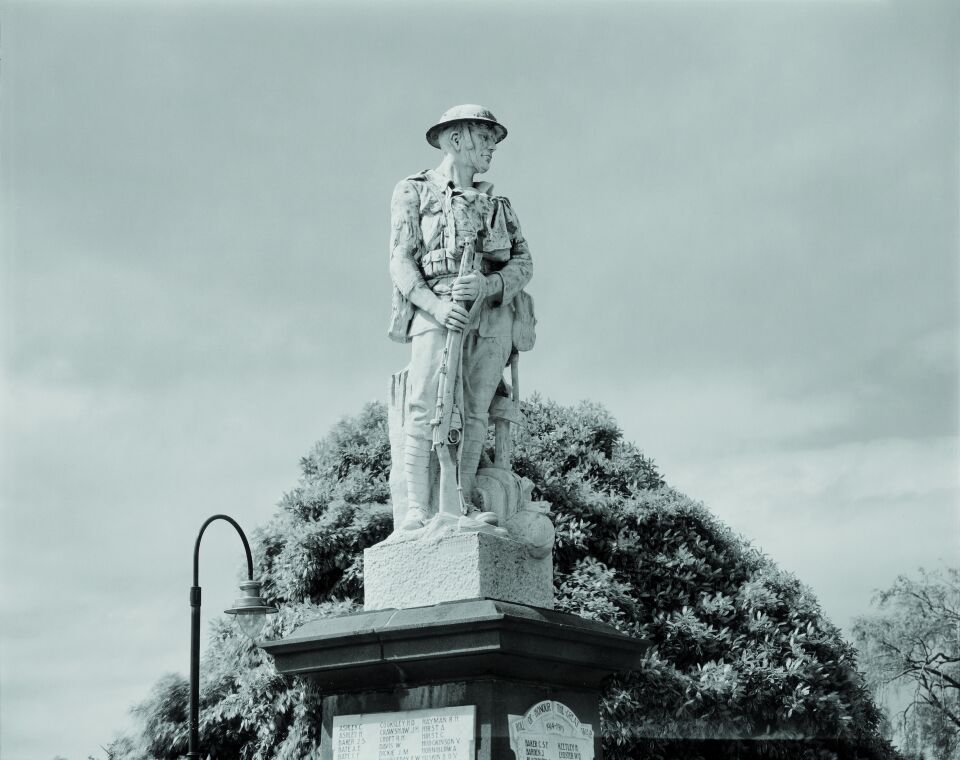 Focusing on the lone ‘digger’ memorials Aberhart’s photographs across New Zealand and Australia chart a seemingly simple pathway through the landscapes of these two nations, reflecting the scale the conflict had on these regions.

Laurence Aberhart is widely regarded as one of New Zealand’s greatest photographers, having produced an astounding body of work that has been exhibited throughout New Zealand and internationally. His work is unrivaled in its intensity, richness and layers of cultural and photographic history.

ANZAC: Photographs by Laurence Aberhart is presented to coincide with the centenary anniversary of the end of the First World War.

ANZAC is a Dunedin Public Art Gallery touring exhibition curated by Aaron Kreisler in close relation with the artist. It has received significant support from the WW100 Centenary fund, Creative New Zealand and the Dunedin City Council.