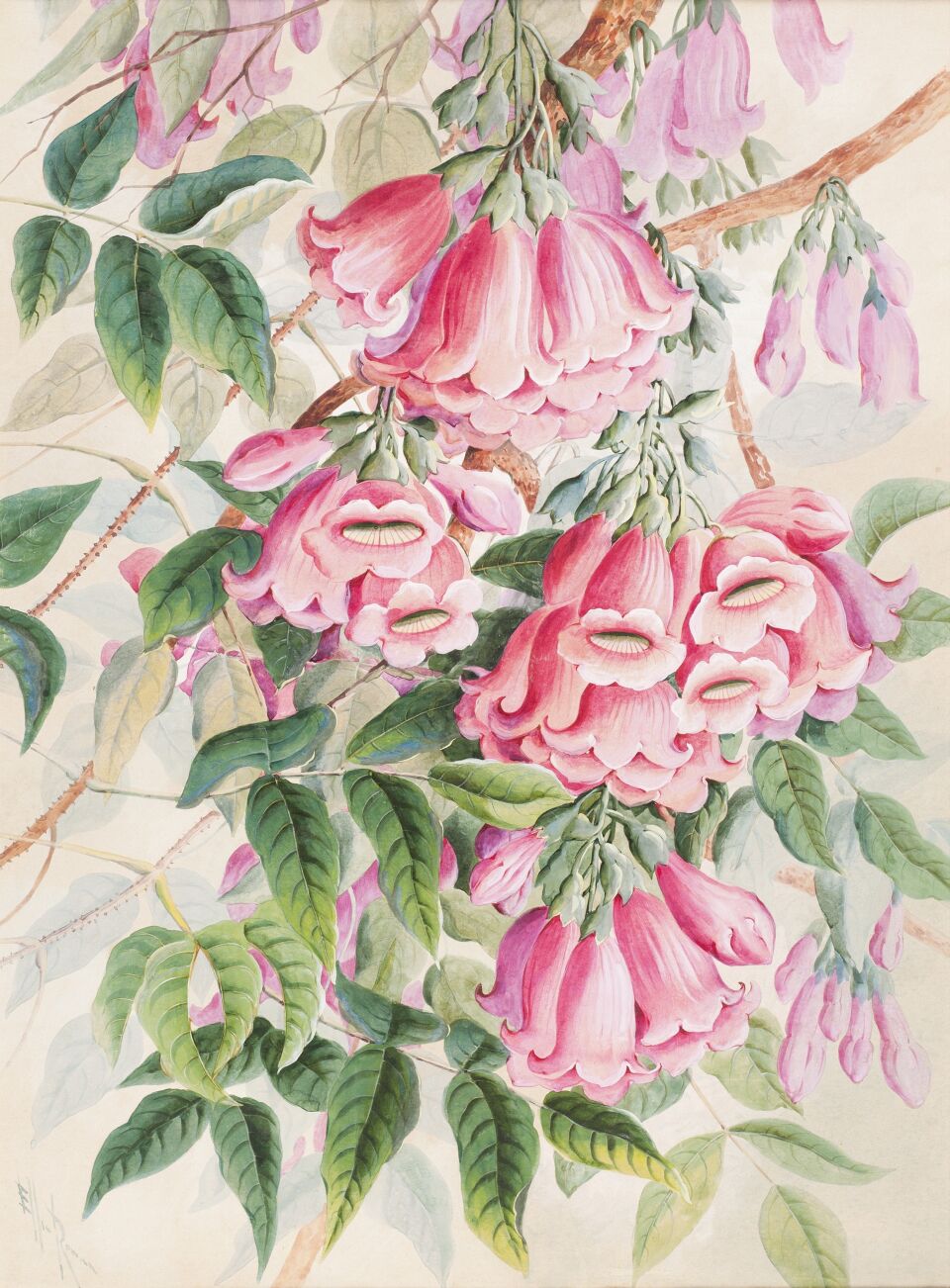 This display features a small number of floral studies focusing on flowers native to Queensland.

Ellis Rowan earned an international reputation as a flower painter, naturalist and adventurer in the late 19th and early 20th centuries. Regularly venturing into remote parts of Australia and further afield, Rowan would record unspoilt and botanically unexplored native flora and fauna. Her attention to detail is captured in the watercolour works featured in this display.

An emancipated woman ahead of her time, she turned what fellow Australian artists deemed the ‘genteel’ female pastime of flower painting into a successful and prolific career spanning fifty years. By the time of her death in 1922, her fame was widespread, and Federal Parliament posthumously acquired a large collection of her work for the nation, now housed in the National Library of Australia.

The works are drawn from the Gallery’s Collection.