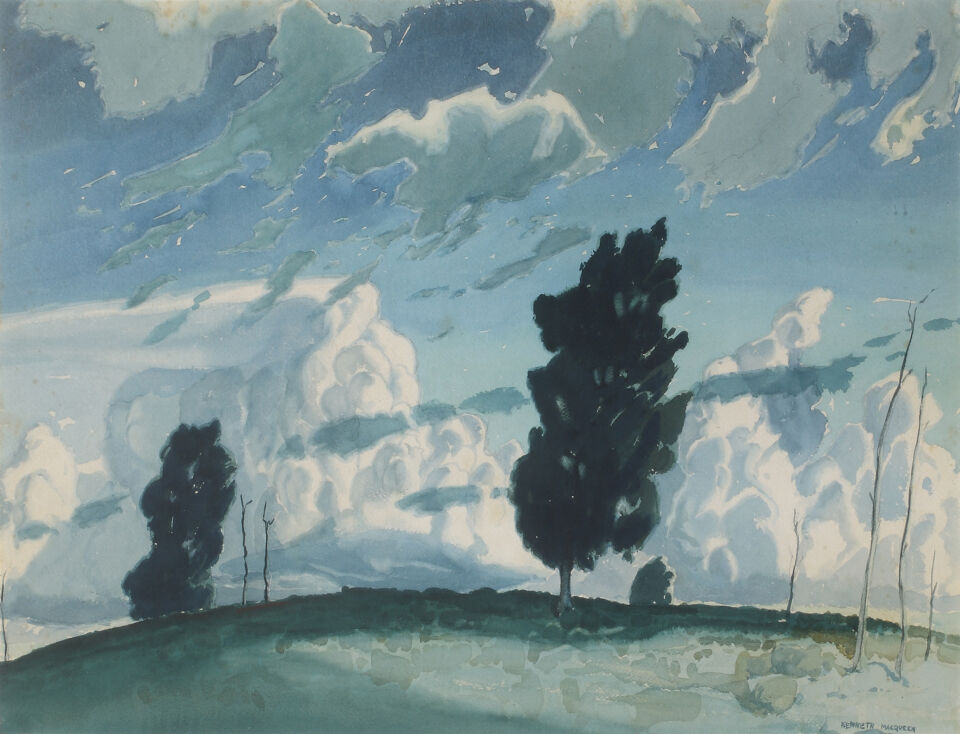 Kenneth Macqueen (1897–1960) is widely acclaimed as an Australian modernist and ‘the most distinctive watercolourist of his generation’.

From his farming life on a property in the Darling Downs region of Queensland, Macqueen developed a close affinity for landscapes and natural elements including seascapes inspired by Queensland beachside holidays, some of which are included in this display of works from the Ipswich Art Gallery Collection.

While lyrical and decorative, Macqueen’s watercolours are also noted for their elegant simplicity. He first came to prominence when his work was included in the 1926 exhibition ‘A Group of Modern Painters’ held in Sydney. His work is also held in the collections of the National Gallery of Australia, all state galleries as well as major regional and university collections in Australia, New Zealand and the USA.