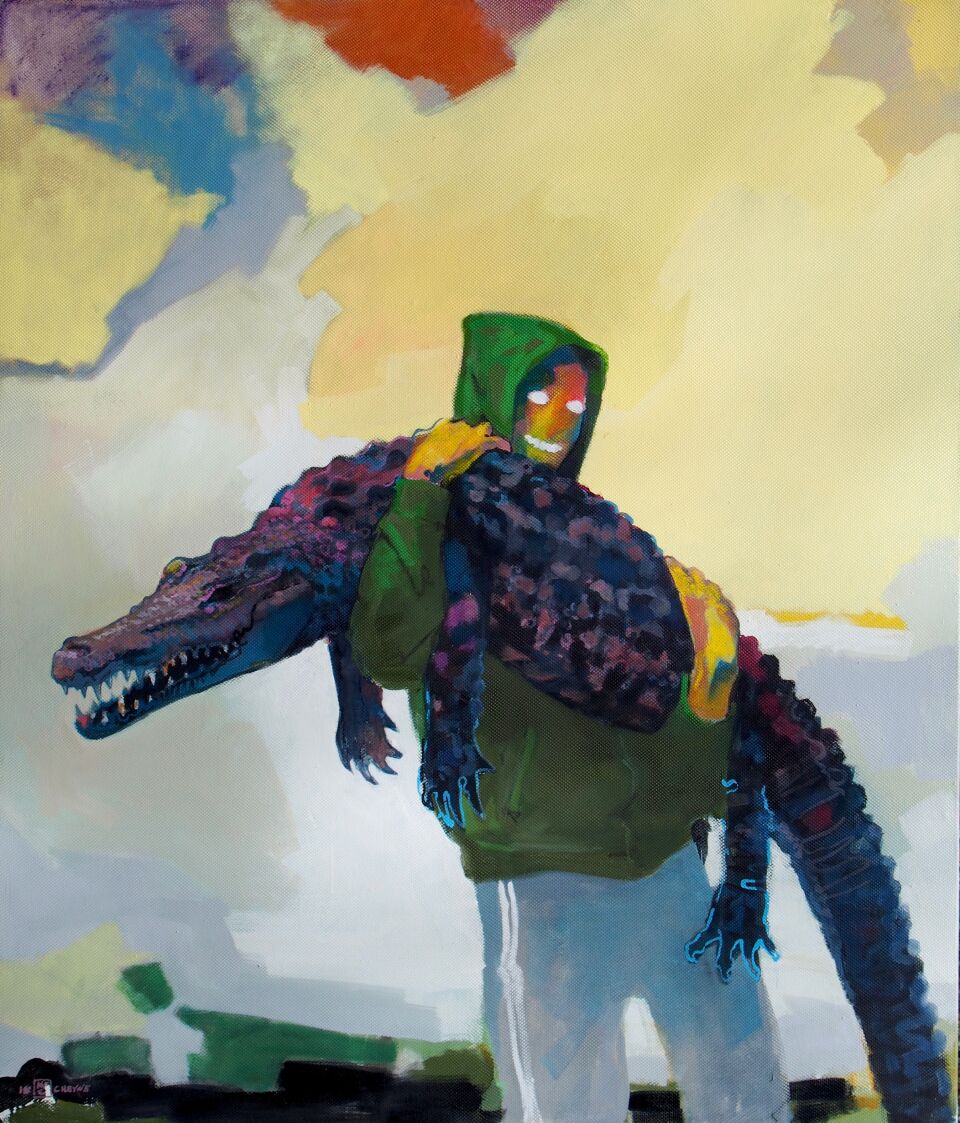 In his latest exhibition titled Theory of Flaw, local artist Matthew Cheyne is taking his work in a new direction.

After graduating from Queensland College of Art in 2001, Matthew exhibited in Brisbane and Melbourne which led to his first European show in Berlin presenting a commissioned series of works created in collaboration with his wife Caroline, an electronic musician. After working and studying for 5 years in Europe, Matthew has returned home to Ipswich, establishing a studio in the outer rural suburb of Karalee.

Since his return Matthew has spent time exploring techniques, making a break from the more considered compositions of his past work, in search of new opportunities that allow for chance. This experimentation became the framework for the Theory of Flaw.