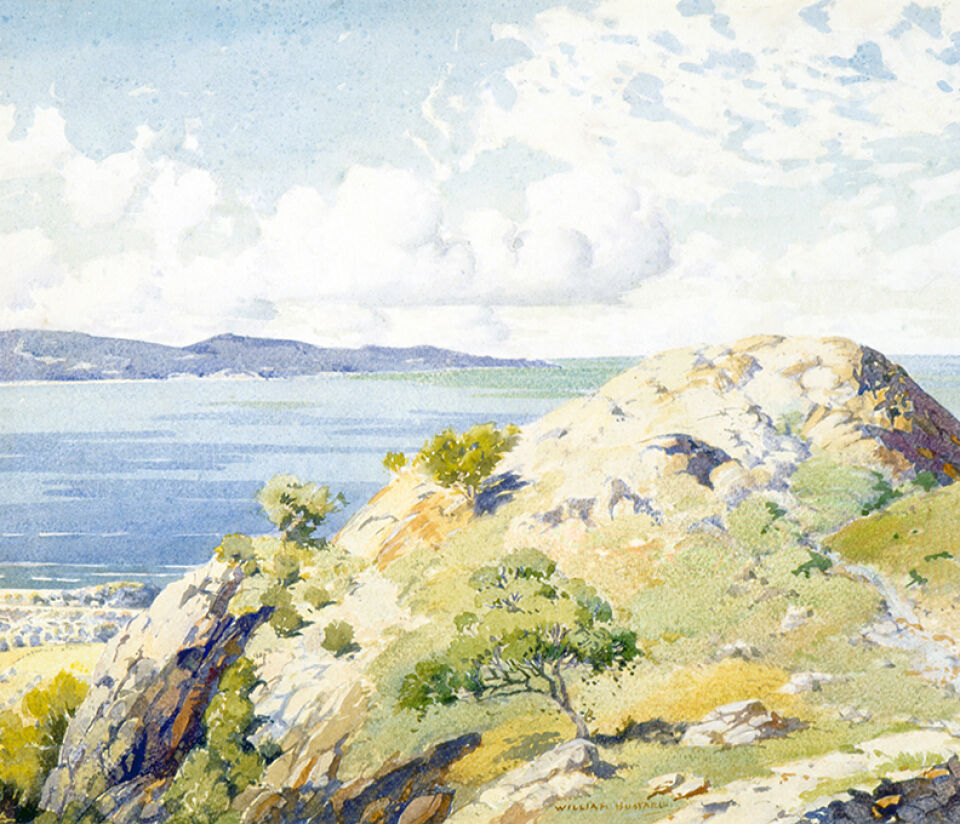 This display of eight selected works by prolific painter, illustrator and stained-glass window designer William Bustard shows his ability to capture the unique quality of light in the Australian landscape.

Having studied at the Slade School of Art before serving in the British Army during World War I, William Bustard migrated to Brisbane in 1921. He quickly became a key proponent of the visual arts with positions in the Royal Queensland Art Society, the Queensland Art Gallery, and also as an art teacher at the Brisbane Central Technical College. Active from the 1920s to the 1950s he is equally known for his expressive paintings depicting pastoral landscapes, seascapes and city scenes as for his stained glass work that can be found in many heritage-listed buildings in South East Queensland.

Bustard continued to paint up until his death in 1973. His watercolour work Castle hill was one of the first works acquired for the Ipswich Art Gallery Collection.